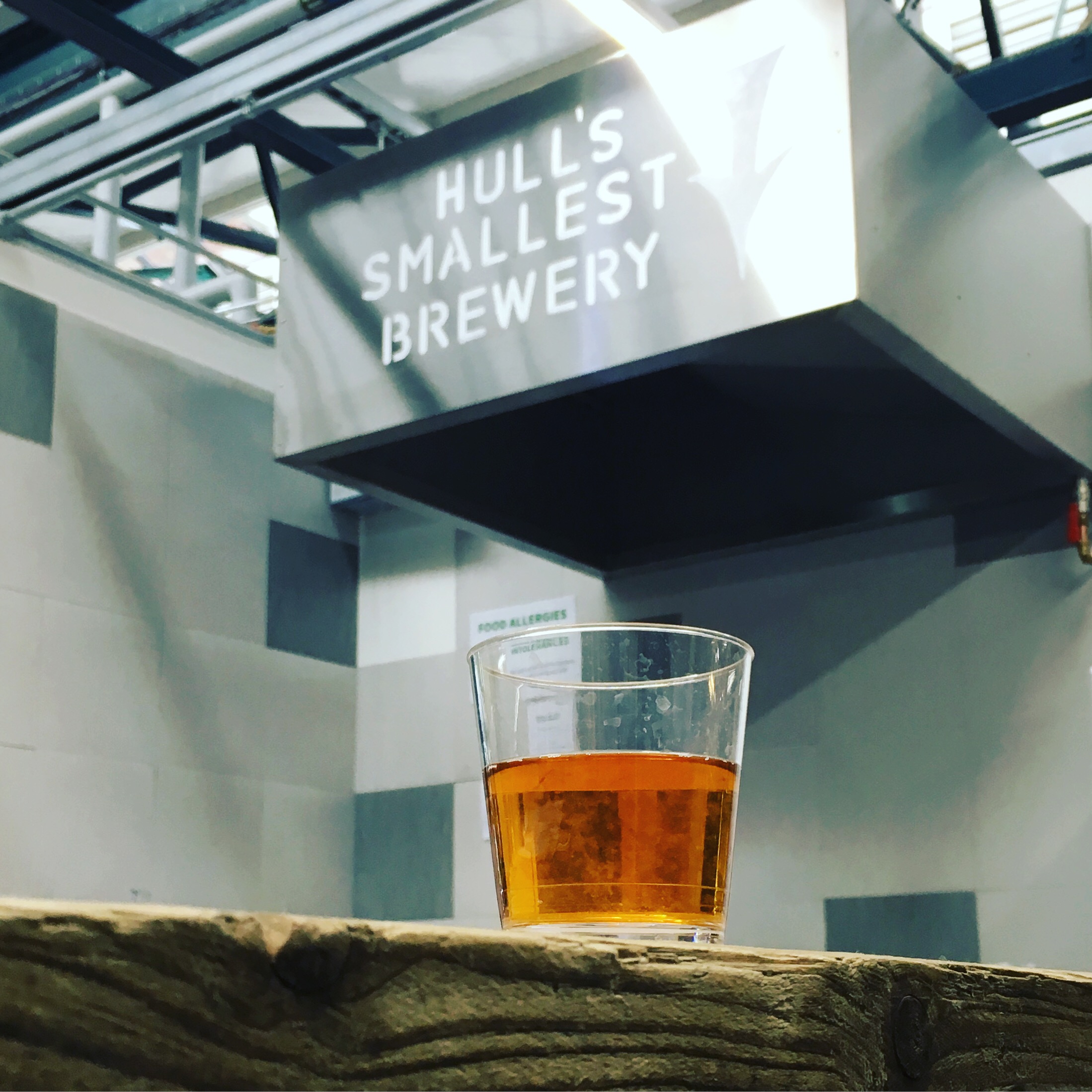 Our Craft Beer journey began nearly a decade ago, when Richard started brewing at home, purely for the enjoyment of it. After 5 years spent as a homebrewer (and a fair bit of trial and error), he decided to build his passion into a business, with the launch of the micro-brewery and bar at Hull Trinity Market.

From here, we brew a range of our own beers on what is almost certainly the smallest brewery in the region / country / world! From day one, we set out to celebrate the wonderful link that exists between beer and food, and to this day all of our beers carry food pairing advice. This passion for beer and food is also evident in our choice of location, smack bang in the middle of a thriving food hall at Hull Trinity Market, and in our second business as a Cafe Bar in Grimsby Town Centre.

Contrary to the direction of many modern craft brewers, our beers follow a fairly traditional route in terms of recipe and style. In many cases, we’ve focussed on beer styles which we feel are under valued or have simply been forgotten amidst the myriad other beers styles on the market. One example is our Trinity Mild, a traditional beer style brewed for those customers of ours at Hull who often harked back to their pint of ‘Hull Mild’. Our Traditional Witbier is another style which we felt needed little extra than to showcase the amazing synergy of traditional Witbier Yeast, Saaz hops, Barley & Wheat, Coriander and Bitter Orange Peel.